The way Jason Kenney talks, he seems to be running for the position of the Alberta oilpatch’s top cheerleader, its main defender, or maybe even its saviour.

Kenney hardly goes more than 30 seconds on the campaign trail without talking about the need for more pipelines, how he will bring thousands of jobs and attract investment back to the province’s beleaguered ‘patch.

His campaign promises include setting up a $30-million “war room” to attack those who criticize the industry on social media or elsewhere, urging oil companies to sue environmental groups like Greenpeace for defamation and pulling back regulations on oil and gas companies like President Donald Trump in the U.S.

With so much emphasis of his campaign for the April 16 election focused squarely on the oilpatch, it’s somewhat surprising to see him launch several criticisms toward the leaders of the largest oil companies in the province.

At a conference in October, Kenney denounced CEOs for their support of carbon tax policy, saying, “I know that from the comfort of the 40th floor C-suite of an executive office or the faculty lounge at one of our universities that maybe it doesn’t really matter …  but to many real people it matters a whole lot.”

Later in his speech, he outlined how he would get all those CEOs in line with his energy strategy.

“I will call into the premier’s office the heads of our major energy companies and invite them to discuss a new approach to social licence. If they want social licence to develop the resources that belong to Albertans we will expect them to actively defend those resources and the people who work in those companies.”

The carbon tax is the common issue when he criticizes the executives.

“To be blunt, I’m not going to take lessons from, I’m not going to let a billionaire president of major oil companies dictate to people how they live their lives,” said Kenney in an interview on CBC’s Power & Politics. “You have to fill up your tank, you have to heat your home. It’s wrong to punish people for simply living normal lives.”

Those who have followed politics in Alberta for decades say they don’t remember a premier or prominent party leader wanting to lambaste oilpatch leaders. Premiers have usually tried to court support from the executives in Calgary’s downtown energy towers — not fight them.

“Having this direct, almost attack against what are major employers, industry leaders, economic drivers strikes me as being inexplicable,” said Lori Williams, a political science professor at Calgary’s Mount Royal University. “I’m a bit surprised that Jason Kenney apparently thinks he doesn’t need them or doesn’t need to respect them.”

For some perspective, Suncor has about 12,500 employees, which doesn’t include contractors or its ownership stake in other operations like Syncrude. Canadian Natural Resources has nearly 10,000 full-time employees.

As premier, NDP Leader Rachel Notley made several decisions that rankled the industry, such as her review of how much companies should pay in royalties to the government. Her decision to limit oil production at the beginning of this year brought strong support from some CEOs and heavy criticism from others.

Even in disagreements, Williams said, Notley always was respectful with industry leaders. For now, Kenney doesn’t seem interested in that approach, despite his championing of the industry.

“This idea that he’s going to fight for Albertans — great. I think everybody can get on side with that. But if you are going to fight against Albertans that disagree with you, that’s another matter entirely,” said Williams.

“That certainly is raising questions about his leadership, particularly amongst those who didn’t like the arrogance and entitlement of the PCs and they preferred a more accountable, consultative, democratic type of leadership.”

One of the lasting images of the last four years in the province was Notley announcing a broad carbon tax as part of her climate plan, which also included a cap on oilsands emissions and the phase-out of coal power plants. On stage with her for the announcement were an Indigenous chief, environmental leaders and four prominent oil CEOs.

Not only has Kenney said his first bill if his United Conservative Party is elected would be to repeal Notley’s climate plan, but those CEOs’ support of the plan may be why he’s speaking out against them.

In Alberta, the larger oil and gas companies are more likely to support a carbon tax or climate policy than small or medium-sized companies.

“The majors are in it for the long haul,” said Harrie Vredenburg, a professor at the University of Calgary, who researches all types of energy from renewables to the oilsands.

“They have been around, many for decades, some for more than 100 years. They are very much playing the long game, and they see the long game being responsive to climate change.”

Vredenburg says even some of the smaller players in the industry are beginning to rethink their approach to climate change, especially if they have international investors or operations outside North America.

But many companies see the carbon tax as just adding expenses to their business, which is already suffering from a prolonged period of low commodity prices. Others see opportunity, since if a company can reduce its emissions, it’s likely saving money because it has found a way to use less energy in its operations.

“Increasing efficiency has the added benefit for companies of reducing costs,” said Vredenburg.

If elected, Kenney will still have a carbon tax, but only on large emitters. According to his platform, the money will be for research, to fund the energy “war room” and help reduce government debt.

Former Conservative MP Monte Solberg said Kenney is frustrated that industry leaders don’t seem to understand the pain the carbon tax causes consumers and that those CEOs aren’t standing up enough to fight for the sector.

If elected, Solberg said, there is no question Kenney would be able to sit down and work with those oil executives.

“He’s a pro,” said Solberg, who is a friend of Kenney and whose son Matt is working on the UCP campaign.

Some premiers in Alberta’s history have butted heads with the oilpatch, even Peter Lougheed, one of the province’s most revered leaders.

He too challenged the industry to pay more royalties to the government and even walked out of some meetings with oil executives, according to David Taras, a political science professor at Mount Royal University. However, Lougheed ended up being one of the greatest allies of the sector as he fought the federal government’s National Energy Program in the 1980s.

Some of Kenney’s comments could just be classic populism as politicians try to project the image they represent the average person, not the elites. It’s a page out of late premier Ralph Klein’s playbook, but Taras notes Klein worked hard to be on side with oil leaders.

Taras said Kenney’s approach would likely change if he becomes premier, just like Notley’s support for the oilpatch noticeably increased compared to when she was on the Opposition benches.

“My sense is that this is very peculiar ground and dangerous ground because if you are going to represent the interests of the province in terms of getting oil out of the ground, getting investment in pipelines, then basically you have to follow Notley’s lead: Here’s my partner, my partner is Big Oil.” 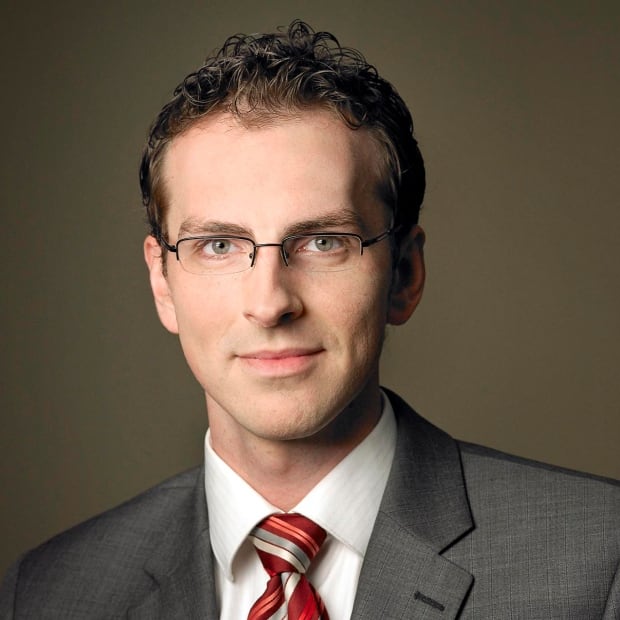 Kyle Bakx is a Calgary-based journalist with CBC’s network business unit. He’s covered stories across the country and internationally.