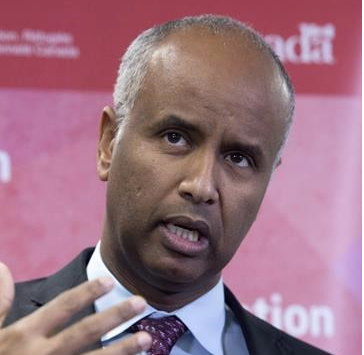 By The Canadian Press

The Liberal government is rolling out several new measures to protect vulnerable migrant workers and immigrants living in Canada.

Starting next week, temporary foreign workers who find themselves in abusive job situations in Canada will be able to apply for open work permits, which will allow them to find other work in Canada.

This is meant to address a number of documented cases across the country of migrant workers facing labour exploitation, human-rights abuses and squalid housing situations.

Also, in mid July, newcomers experiencing family violence will be able to apply for free temporary resident permits that will give them legal immigration status in Canada, which includes work permits and health-care coverage.

Immigration Minister Ahmed Hussen says nobody should be more fearful of losing their immigration status than of escaping abuse.

In addition, the government is speeding up the process for newcomers who are victims of family violence to apply for permanent residence on humanitarian and compassionate grounds.