Scheer rolls out an ambitious defence agenda, but critics ask: Where’s the money?

A little joke used to make its way around the Harper Conservative government every time National Defence presented Andrew Scheer’s former boss with the bills for new equipment — about how Stephen Harper would emit an audible ‘gulp’ of alarm when they crossed his desk.

Scheer, in the first of a series of election-framing speeches for the Conservatives, pledged yesterday to wrap his arms around Canada’s allies, take the politics out of defence procurement, buy new submarines, join the U.S. ballistic missile defence program and expand the current military mission in Ukraine in an undefined way.

What was absent from the Conservative leader’s speech — a greatest-hits medley of road-tested Conservative policy favourites, blended with jabs at the Trudeau government’s record — was an answer to the first question his supporters usually ask on these occasions:

How are you going to pay for it?

The Liberals have set the federal government on course to increase defence spending by 70 per cent by 2027. The cost of what Scheer is proposing — submarines and missile defence — would have to be shoehorned into that framework somehow. Either that, or he’d have to radically redesign the current defence spending program.

Scheer’s speech was greeted with raised eyebrows by more than one defence sector observer. “When he starts talking about deficits, you can kiss all that goodbye,” said Stephen Saideman, a professor of international affairs at Carleton University.

“In other speeches, he talked about being a deficit hawk. That would have real implications for the defence stuff.”

The Harper government increased defence spending during the Afghan war and made a series of promises to revitalize the military, but ended up cutting its budget and postponing projects in order to eliminate the deficit.

‘Harper all over again’

Saideman said Scheer’s speech did not offer an ironclad guarantee that he’d avoid doing the same thing, and was even inaccurate in its characterization of the Liberals’ record on defence spending.

A full half to two-thirds of the defence and foreign policy vision Scheer laid out, he said, was “Harper all over again” — but with some surprising differences.

His embrace of allies was much warmer than it was with the previous Conservative crowd, which tended to look upon NATO with a jaundiced eye.

“I will reinvigorate Canada’s role in the alliances we share with our democratic allies. This includes existing alliances like NORAD, NATO, the Commonwealth, La Francophonie and the Five Eyes, but it will also include overtures to India and Japan,” Scheer said.

He also pledged a Conservative government would do more in Eastern Europe.

“This will include expanding upon the current missions to support Ukraine and providing Ukraine’s military with the equipment they need to defend their borders,” said the Conservative leader.

Scheer didn’t say in his speech what he wants Canada to do in Eastern Europe that it isn’t doing now — short of putting combat troops on the front line of Ukraine’s breakaway eastern districts, or selling offensive weapons to Kiev. Scheer did promise to take the lead on a potential United Nations peacekeeping mission, a proposal that has been out there in the international community for months and has largely gone nowhere.

Other ideas that often go nowhere filled out the rest of Scheer’s speech — like the promise of a fix for the Canadian military’s complex, cumbersome system for buying equipment.

Politicians are to blame, Scheer said.

“Military procurement in Canada is hyper-politicized, to our detriment,” he said. “By playing politics with these matters, governments have diminished the important responsibility to adequately and expediently equip the Armed Forces.”

Michael Byers, a University of British Columbia defence policy expert, said removing politics from procurement decisions would be a fantastic step forward, one that could save taxpayers boatloads of money by doing away with pet projects and regional interests.

“It’s an admirable goal, but he would be the first prime minister ever to take the politics out of defence procurement,” he said. “So, I’m skeptical about whether he would actually do so … I take that statement with a very large grain of salt.”

The absence of a clear fiscal pledge also troubles Byers, who noted that replacing Canada’s Victoria-class submarines with either German or Swedish-built boats would be expensive. So would participation in ballistic missile defence, which has various levels of participation from research and development all the way up to anti-missile radar and batteries.

It is, he said, all about the dollars.

“I think that when we talk about defence spending and defence budgets, we have to talk about real money going out the door in terms of signed contracts,” said Byers. And while both Liberal and Conservative governments have made billions of dollars in purchases of materiel over the last two decades, governments of both stripes have struggled to complete major procurement projects. 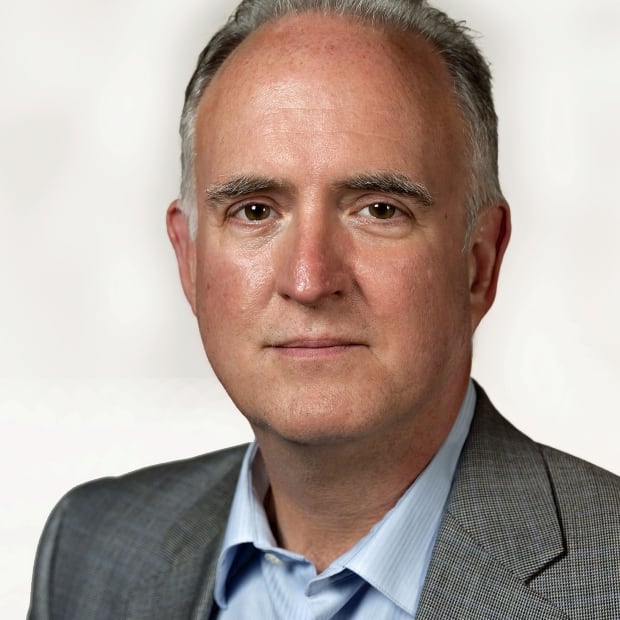 Murray Brewster is senior defence writer for CBC News, based in Ottawa. He has covered the Canadian military and foreign policy from Parliament Hill for over a decade. Among other assignments, he spent a total of 15 months on the ground covering the Afghan war for The Canadian Press. Prior to that, he covered defence issues and politics for CP in Nova Scotia for 11 years and was bureau chief for Standard Broadcast News in Ottawa.