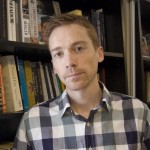 ‘Justin, we’re not here to talk about your socks,’ Malcolm Turnbull told Trudeau in a meeting after the Canadian PM stood up fellow-leaders

In a just published autobiography, Turnbull said he personally felt let down by Trudeau and upbraided him for embarrassing other world leaders when he failed to show up for a critical meeting.

Turnbull said he was scheduled, by coincidence, to meet with Trudeau after the no-show and the Canadian prime minister seemed more interesting in talking about his socks than the previous meeting.

“Justin always wore perfectly tailored suits that fitted like a glove, bright socks and on this occasion two-tone shoes,” wrote Turnbull. “‘What do you think of the socks?’ he asked, crossing his legs as he sat down. ‘Justin,’ I said, ‘we’re not here to talk about your socks’.

The meeting at the Asia-Pacific Economic Cooperation conference in November 2017 was supposed to include the 11 countries that would eventually agree to a resurrected trade deal after U.S. President Donald Trump pulled his country out of the agreement in early 2017.

The new deal was informally called TPP-11, but Turnbull wrote that the other countries were so annoyed that they were ready to announce a TPP-10 agreement that excluded Canada.

It was generally assumed among the other leaders that Trudeau was putting the brakes on the new trade deal because he was concerned about offending Trump, Turnbull wrote in A Bigger Picture released Monday. Turnbull agreed with that, but said it was the wrong way to deal with the U.S. president.

“The best way to deal with Donald was to be up-front, frank and stand your ground; there was no other way to win his respect,” Turnbull wrote.